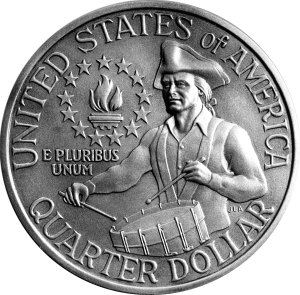 I once worked for a large corporation, and the big honcho came to address the troops one day. He had a “photographer” with him, but it appeared that this was actually a euphemism for “bodyguard.”  But besides that little bit of verbal misdirection, something he said that day stuck with me in a strange way.

It was during the initial stages of this Great Recession or whatever name is being given to the past three years or so. He said something to the effect of “things will be rough through the second or third quarter of next year, but by the fourth quarter things should be improving.” It occurred to me that this must be the way in which some people view the world, in annual quarters.

As a sports fan, the first quarter of a game is easy enough to understand. And the fourth quarter is typically where things are decided. But when it comes to life, I don’t take that sort of a long view of things. Today is Friday, and the last day of September, and an early day in the fall, but it’s not the end of a quarter, in my view.

The world view that divides time into annual quarters is doubtlessly driven by stocks, and the need to report to shareholders and the government what the quarterly sales figures look like. That news indicates the general health of a company, and can either drive the price up or down, depending on what the numbers say.

I don’t like that approach with life, because I’m more of a live-in-the-moment kind of guy. But I think I’ll try that approach with this blog. I started doing this in June, at the end of the second quarter of the year. The third quarter wraps up today, and I feel like it’s been a good one. I’m past the existential questions of “Why am I doing this?” or “Is it worth my time?” Those questions are answered now, and the survival of this space has been secured.

So as I look toward the future, I want to keep on writing things that are interesting to me and/or fun to read about. And if you come by and read it, that’s just gravy on top of the mashed potatoes for me.

The stats you can get for a blog are quite interesting. In the second quarter–it’s not so hard to think in these terms, after all–I didn’t know they existed. In the third quarter, I found out about them and learned that at least some other folks read this. If the numbers go up, and they have been heading that way, that’s great, but the numbers aren’t really so very important. It’s not why I do this, and probably never will be, either.

So that’s my first quarterly report for BlueBattingHelmet. I’m already thinking about what the next quarter’s report will say. Other than “Happy New Year,” of course.