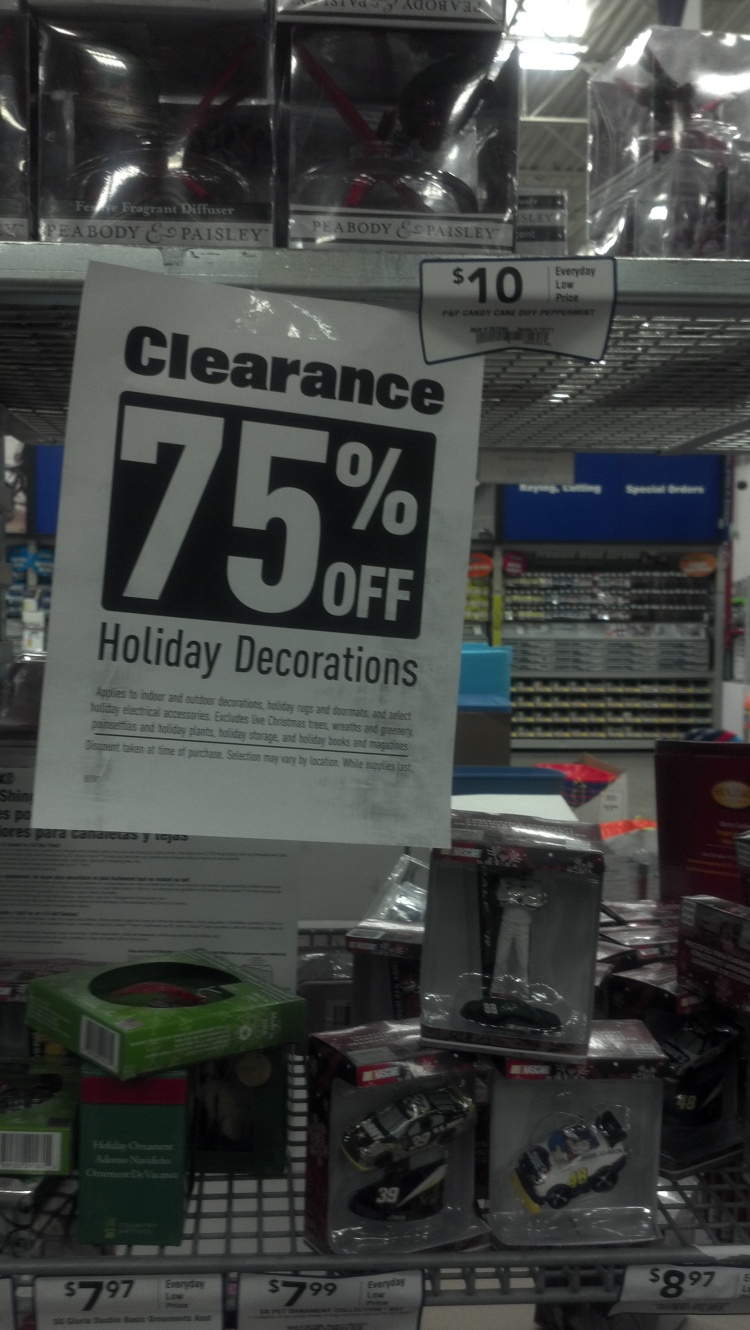 Christmas and the holiday season are beginning to seem distant now. The vacations from school and work are over, the new year has come and gone, and the credit card bills are starting to come in. Christmas trees have been discarded, and are now lying in wait for somebody to come along and take them away.

About the last remants of the season, other than the neighbors who show less enthusiasm for taking their decorations down than they once did for putting them up, is the clearance section of the stores we shop in. Christmas is coming again in 11 months, so the first few days after the holiday–when the markdowns are usually 50% off–are the best time to stock up for next year.

The things that don’t move at half off are then are then cut even further, to 75% off in the case of the hardware store I was in yesterday. There were several different items, but the ones I noticed first were the NASCAR-branded tree ornaments. I didn’t look at what they originally sold for, but 75% off of that price is probably still going to be too much for this n0n-NASCAR part of Chicago.

NASCAR just doesn’t have the following here that it does in other areas. If Chicago were representative of the whole county, there wouldn’t even be a NASCAR to begin with. Maybe that’s one of the reasons I love living here.

So what happens to these items when 75% off doesn’t move them out the door? Do they get cut to 90% off? Do they go back into storage for next year? Do they get written off as a loss and thrown away? Whatever comes next for this island of misfit ornaments and other holiday items, I’m guessing that there won’t be as many NASCAR tree ornaments in the store for this year’s holiday cycle, which is only about ten months away by now.