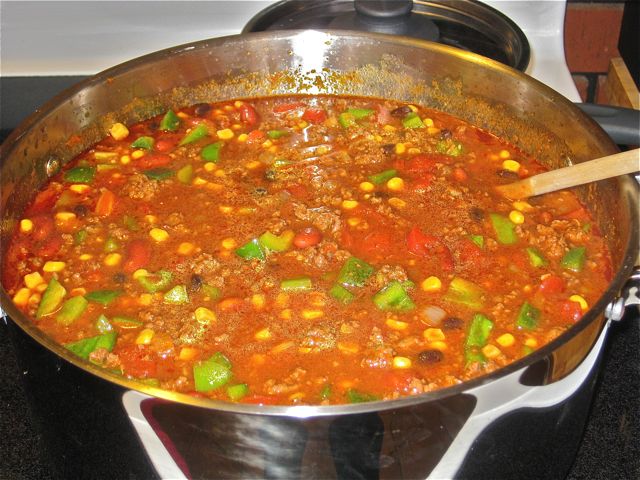 My hometown of Springfield, Illinois is known for a few things besides Abraham Lincoln. It’s about the only place in the world where you can get a horseshoe sandwich, which is basically bread and meat and french fries and cheese sauce.  It’s also home to a restaurant, the Cozy Dog Inn, that claims to have invented the corndog. That’s a tough one to verify, but I’ll give them the benefit of the doubt.

But there’s another claim that maybe isn’t so widely known. Springfield, by virtue of a proclamation by the Illinois legislature, is the “Chilli capital of the civilized world.” There must have been quite a chilli cook-off held to determine that prize. I wish I could tell you we had chilli in the lunchroom every day in school, but that wasn’t the case. And the spelling of the word with two ells in the middle is to recognize Illinois, I think.

There are two kinds of people I think I would instinctively stay away from. One group is the bigots, of any form or fashion, and the other group is those who follow chilli recipes printed on the packets of seasoning that you can buy in the store. The ones that say “Brown one pound of ground beef, add seasonings and a can of beans, and serve.” Anyone who lacks the imagination to make a pot of chilli for themselves isn’t the kind of person I could be around for too long.

Making a pot of chilli is all about experimentation, and every batch turns out different from the time before. And I haven’t yet made a pot of chilli so bad that I, and those around me, can’t eat it. Which is what we’re going to do right now. Pass the shredded cheese!