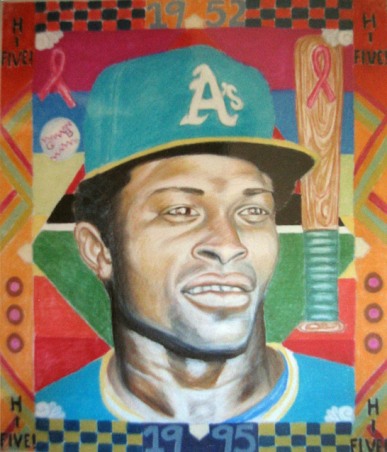 I was nine years old when the 1978 baseball season started. One of the things I would do sometimes was look around the house for loose coins. A dime here, a nickel there, maybe a quarter under the couch. It seems kind of silly now, but that was fun for me back then.

Whenever I made it to sixteen cents (a dime, a nickel, and a penny was the typical combination), I would walk to the Super-X store near my house to buy a pack of baseball cards. The walk was about ten minutes, and I knew the way by heart. The idea of letting my nine-year old leave the house unsupervised is preposterous, but the world was a different place back in the late 1970s. Anyone who lived through those days knows this to be true.

When I got to the store, I knew that the baseball cards would be in a box near the checkout. I would pick out the pack of cards I wanted, hand them to the cashier (it seemed like it was always the same gray-haired lady) and she would ring up the sale on the cash register.

After handing over the coins, I would then leave the store, open up my new purchase, and go through the cards as I chewed the stick of bubble gum that came in every pack. I could tell right away which cards I already had, and could therefore trade with my neighbor from across the street, and which ones I needed. That was how I thought of them, too. If I didn’t already have a card, I needed it.

The cards I was looking for were the best players in the game at the time: Pete Rose, George Brett, Rod Carew and, above all others, Reggie Jackson. Reggie was the hero of the 1977 World Series, which made his 1978 card just about the most important one you could have.

I don’t recall if I ever had a Glenn Burke baseball card. It’s very likely that I did, though, because his was the very definition of a “common” card. He was a big leaguer, yes, but he wasn’t a star player by any means. In fact, he was a guy I had never even heard of before. I would have gladly traded a Glenn Burke card, and ten others of similar players, to get a single Reggie Smith card. Reggie Smith was the top slugger on a team of sluggers. His card had value, in my mind.

I couldn’t know this in 1978, but Glenn Burke was a hugely influential player. In fact, his influence goes far beyond the game of baseball. It extends into all of sports, and even into society itself. If you live in America in 2012, you’ve been touched by Glenn Burke, in a way that you might not even know about. And for that reason, the middle-aged version of me was beyond thrilled to acquire his baseball card recently.

The full story of why the late Glenn Burke (he died in 1995) matters so much can be found here. On the last day of the 1977 season, Glenn Burke was waiting on deck when Dusty Baker hit a home run off of the Astros’ J.R. Richard. Baker rounded the bases, enjoying the historic moment for him and his teammates (it was the first time that one team had four players with 30 or more homers in the same season), when he crossed home plate and came upon his teammate, Burke, who had extended his arm above his head. Baker reached up, slapped Burke’s hand, and returned to the dugout. History had been made, but in a way that nobody in the park could have foreseen.

Burke and Baker had just pioneered the high five, at least on the playing field. I can’t say with any certainty that nobody had ever high-fived anyone else before that moment. I don’t even know if it was called a high-five just yet. But I do know that nobody has been able to identify an earlier occurrence of this action, which all of us now take for granted. It had to originate from somewhere, and this otherwise unremarkable player for the 1977 Dodgers appears to have been the source.

The high-five entered the sports mainstream, and the mainstream of society, in the early 1980s. And by now, there probably aren’t too many people who haven’t exchanged high-fives with someone. When the Chicago Bulls were winning their NBA titles in the 1990s, going out after the clinching victory and high-fiving everyone you saw was a common occurrence. It was the way to share a celebratory moment with a complete stranger, and probably will remain so for a long time to come.

Glenn Burke’s baseball career was cut short in 1979. He was suspected of being gay in a sport, and a culture, that couldn’t handle it. He was traded from the Dodgers to his hometown team, the Oakland A’s, and he played his last baseball game for them. How much of this was due to his sexuality might never be known. But three decades and more have passed by since then, and there hasn’t been an openly gay player in the major leagues since then. Baseball once led the way in terms of social integration, but it’s now very much behind the times when it comes to LGBT acceptance.

Glenn Burke’s standing as a ballplayer wouldn’t have impressed me as a nine-year old kid. But knowing what he did–both at home plate in 1977 and in his public acknowledgement of who he was after that–impresses me a great deal. To the extent that baseball cards can have any meaning at this stage in my life, this is one card I’m quite happy to have.

2 thoughts on “A gesture we all know”