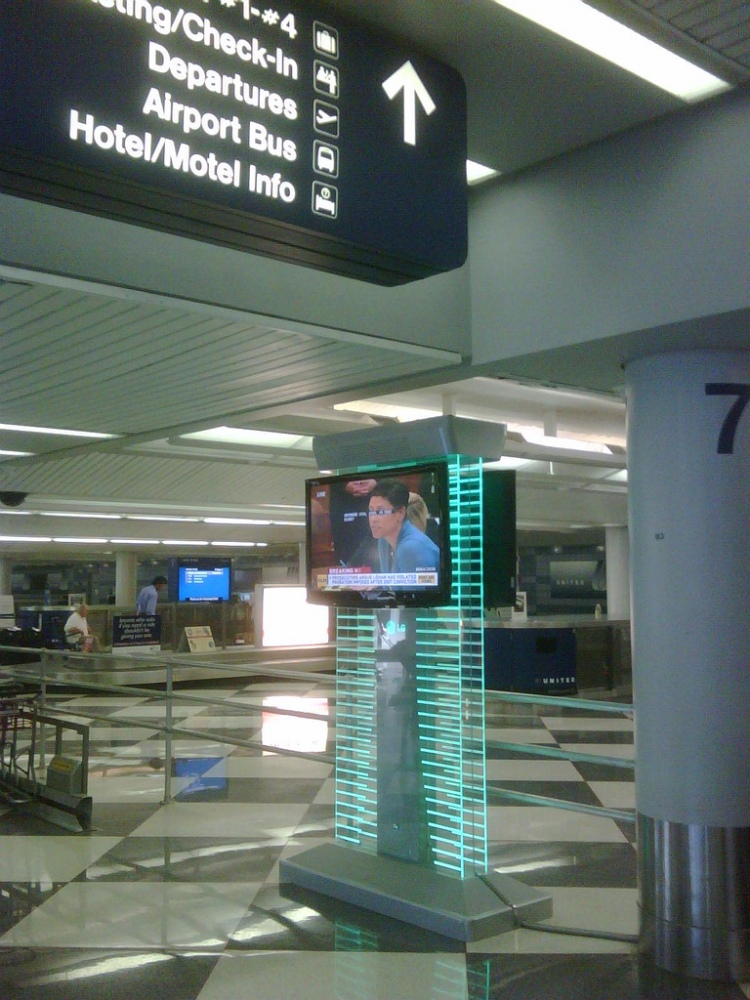 The plane touched down a few minutes early and the plane de-boarding began as usual. The terminals at O’Hare seem excessively long, especially late at night when the bustle has ended for the day. But there are bags that must be claimed, and a cab that must be hired before the short end-of-the-summer trip can officially be declared over. So it’s time to get walking.

After the bags have been picked up from the conveyor belt, I followed the arrows toward the cab stand. And I noticed a television with Paul Ryan’s face, and his strangely hypnotic gaze. The sound was down, but the captions were on, any anyone who had an interest in what he was saying could have stopped to listen to the points that he was making. It shouldn’t be too surprising that no one did, however.

There are airports and other public places where Ryan’s speech might have gained interest, and perhaps even great interest. But here, nobody was listening to his sales pitch.

This is President Obama’s backyard, and Illinois will go for the incumbent this fall. And  the bombardment of political ads in the “battlegound” states, such as the one that I just came from, isn’t happening here. And for this reason, among many others, I tell myself I’m glad to be home.