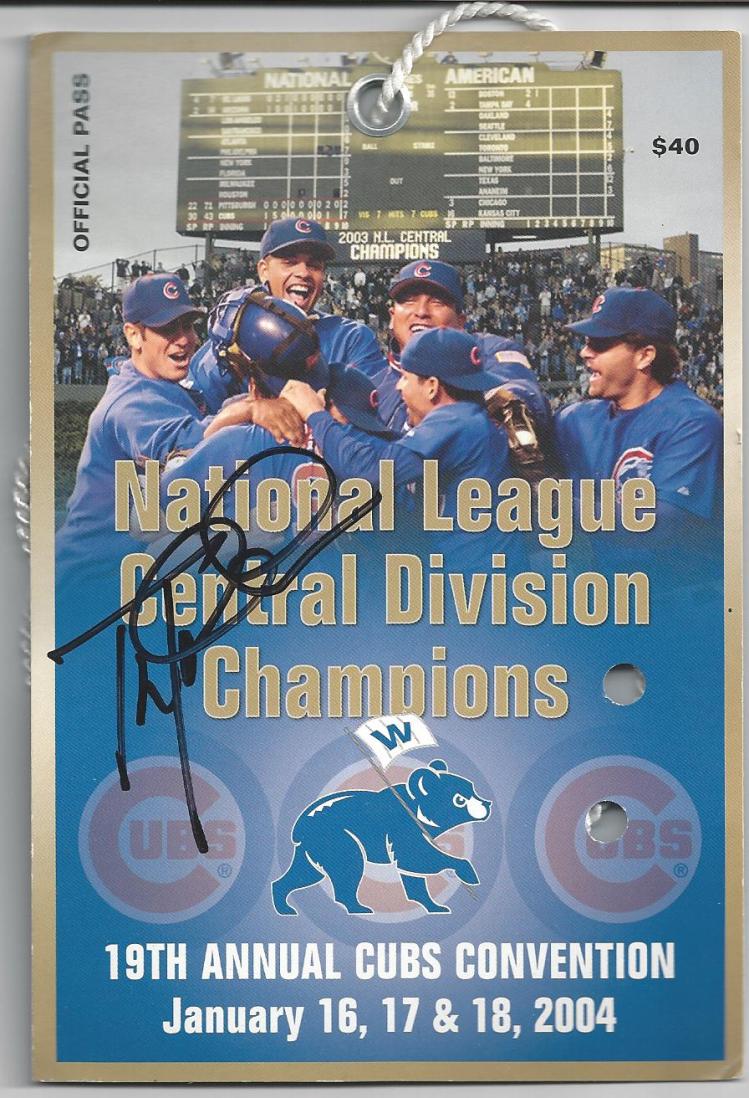 On September 1 (it’s actually September 2 as I’m typing this out, but work with me), I’m remembering a happy memory that happened during this month, several years ago. September was once a great and glorious month, and it all started on September 1.

2003 was the first year that Dusty Baker managed the Cubs. They had played pretty well that year, but found themselves in 3rd place when the Cardinals came to Chicago for a five-game series. There were four games scheduled, and a make-up of a previous rain-out, so five games it was to be.

Normally, the Cubs would have lost this series, and then gone into a tailspin to end up well out of playoff contention. But Baker was new, and many of the teams’s key players (Kenny Lofton, Aramis Ramirez, Randall Simon, and a few others) were unaware of the Cubs’ losing ways, so they won four out of the five games from the Cardinals instead.

The team went 15-7 after that, and clinched the division title by sweeping a doubleheader at home on the second-to-last day of the regular season. They were in the playoffs, and had some momentum behind them as they went to Atlanta to play the Braves. It was a strangely euphoric feeling, which lasted for about two weeks before the painful collapse that I still haven’t recovered from. There’s just one way of getting over that, and the Cubs’ haven’t yet been able to achieve that goal.

I clearly remember hearing Earth Wind and Fire’s “September” on the radio the day after the Cardinals series ended. I sang along, and enjoyed the late summer sunshine as I drove home from work that day, dreaming of the good things that the rest of the month had in store. I imagine that I’ll always hear that song and think about the Cardinals, and Dusty Baker, and the way that a typically awful month surprisingly became something better.

There won’t be any dancing this September, while the Cubs are finishing up yet another forgettable season. But the memory of that September from almost a decade ago lives on, sustaining me in the hope that a similar September will come along someday, and then give way to an even more glorious October.