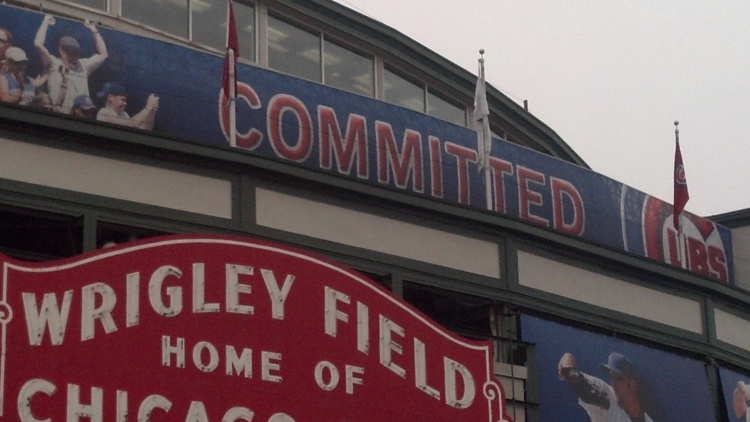 I found myself outside of Wrigley Field yesterday, picking up runner’s packets for the annual Race to Wrigley which was held today. It was a gray and windy day, which made me glad that no baseball was being played at Wrigley.

Before leaving the area around Clark and Addison, I took a few pictures, more out of habit than anything else. I also noticed the prominence of the word “Committed” on the ballpark’s facade. That word is the team’s marketing campaign this year, and as I was taking the pictures, I realized that “committed” has a meaning that baseball people know about, but marketing people apparently do not. So I ruminated on that for a few minutes, and ThroughTheFenceBaseball published it today.

As the season drags on, with 100 losses again a possibility, I’m sure that there will be other posts of this nature. After all, there’s very little going on between the baselines to get excited about.