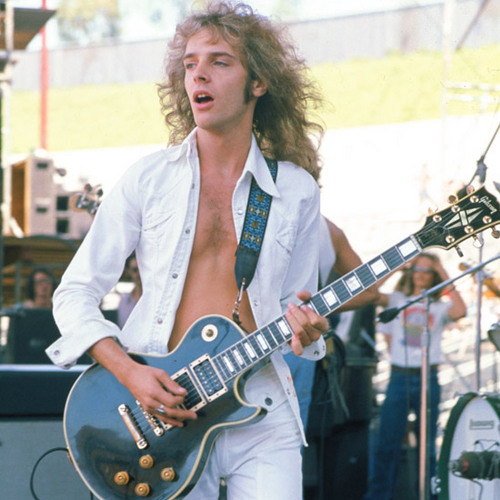 The inspiration for this post came from a weird, almost other-worldly coincidence that happened this afternoon on the radiowaves in Chicago. As I was driving my younger daughter to her ice skating practice, I turned to a radio station and heard the instrumental part of Peter Frampton’s “Do You Feel Like We Do” on the radio. It was, and always shall be, worth a listen, and it helped to pass a good part of the roughly 20 minute trip. If you didn’t know, it’s about the longest song that gets played on the radio at about 12 minutes.

When the song built to its finish–and I’ve written about that finish before in this space– another song came on right after it. I can’t remember the song–even though this happened an hour ago–so I started looking for something else. Frampton’s song deserved a decent follow-up, I thought. and I would know what that is as soon as I heard it.

Perhaps the last thing I expected to find on the radio was the exact same song, starting to play on a different Chicago station. Some people might resist the urge to hear the song over again, after it had already been played. But I was happy to hear it a second time. And by the time I had arrived at my daughter’s skating practice, I had to wait in the car for three minutes or so to let the song play out.

This means I had 20 minutes of straight Frampton on the radio, on a sunny summer afternoon in the city that I call home. Whatever good cosmic energy I’ve built up in order to have that sonic treat delivered to me on the radio is all gone now, but I was glad to experience it when I did. And writing about it means that the event will live on, for even longer than two consecutive playings of the song would last.

And yes, I think that I do feel like they did at this moment, as I’m typing this out on my computer. It won’t last, of course, but it’s a very good feeling to have.