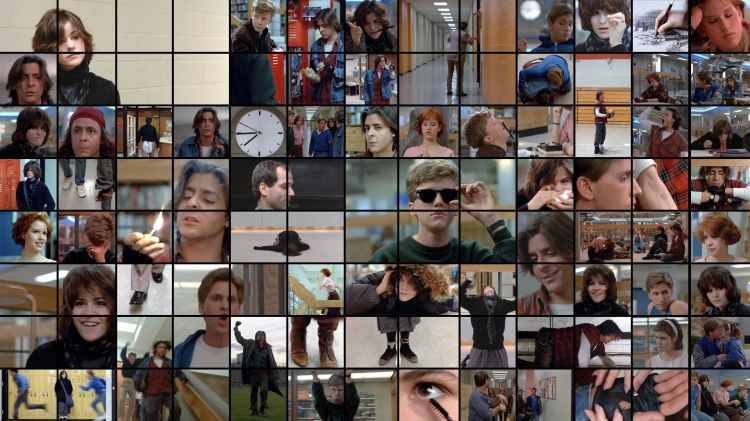 There’s a Chicago radio station that I don’t much listen to, but they’re having an 80s-themed weekend. I’ve written about 80s music before, because music mattered to me more in that decade than it ever had before, and more than it ever has since. And I doubt I’m the only one who’s like that, either.

When the 80s began, I was in the final years of elementary school. Life outside of my parents’ house had never even crossed my mind. And when the 80s ended, I was a senior in college, and life under my parents’ roof was the last thing that I wanted.

The 80s were the transitional decade for me, and the music from those years makes me remember. They take me back, in the way that nothing else can. And in the center of that decade was The Breakfast Club. I wasn’t out on my own yet when the movie came out in 1985, but I sure was thinking about it. And just a couple of years later, I left my parents home and never went back.

I was mindful of all this as I watched the movie tonight with my 14 year-old daughter. The teen years of this decade will be for her what the 80s once were for me. Whatever the future holds is not yet determined, but she’ll go through all the things that I did once upon a time.And I won’t ever forget about her, that’s for sure.