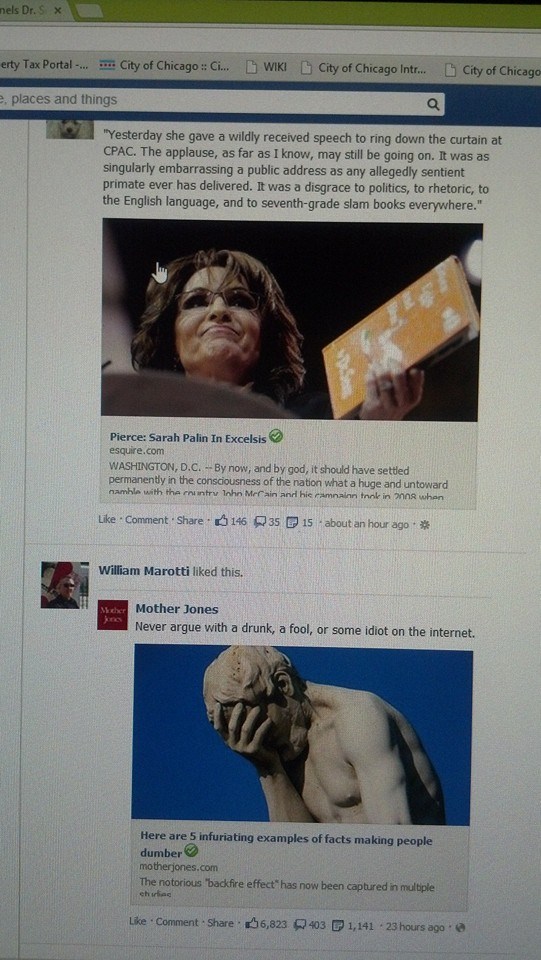 When I read that Sarah Palin hijacked Dr. Seuss in her speech at the CPAC conference this weekend, I wanted to reply in this space. Writing about her seems like a waste of time, generally, because so many more important things are out there to be commented on. But 4 million people like her Facebook page, and she has a platform in the right wing noise machine, so we who are of a different mindset will ignore her at our own peril.

Rather than writing hundreds of words, or even thousands of words, which ultimately won’t change anyone’s mind about her, I’d rather just show the pairing that my Facebook page presented to me tonight, and let the images do the talking for me.

If he were alive today, Dr. Seuss wouldn’t allow such a hateful person to steal his message of tolerance and understanding to suit an agenda that promotes neither. But since he isn’t here, something must be done in his stead. I hope that this plays some role in calling out the vacuous nature of her remarks.