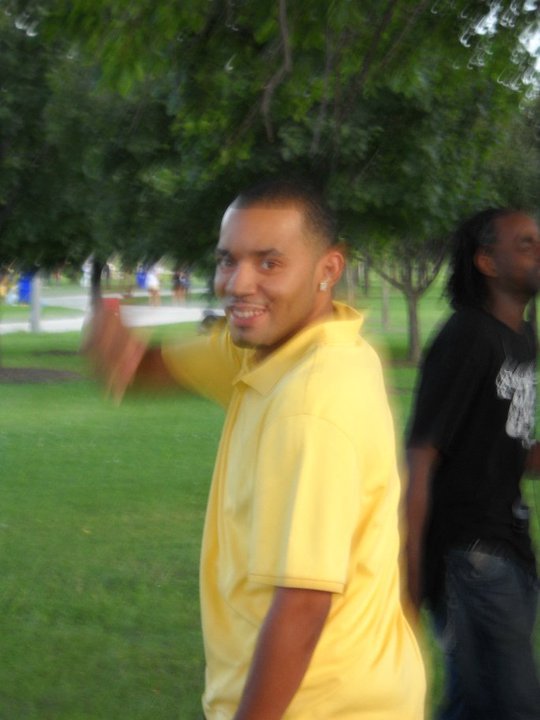 I’ve written about death many times on this blog. It’s usually the death of a celebrity or an athlete or somebody that I never knew that gets me started down the “life is short so we must enjoy it while we can” path. Death is a part of life, to be sure, but it’s easier to expound on it when the person involved exists only in newspapers and on television shows or movie screens.

The only post that I’ve written before this one about the death of someone I knew came in November of 2012, and it concerned one of my former students in the Chicago Public Schools. That hit me hard because he was no longer the teenager that I had taught, but he was still young enough that his best years were, or should have been, ahead of him. To lose him at such a young age felt like a waste. And a year and a half later, here we are again.

Adonis Jones is an interesting name. Adonis was the Greek god of beauty and desire, and Jones is about as plain American as you can get. And the young man who had this name was about as unique as his name suggests. He was a student in my division, number 001, at Future Commons High School on the south side of Chicago. I watched him and his classmates transition from teenagers to young adults in the four years I was at FCHS, and on the day that they all graduated, I knew I could not go back to that school again. I simply didn’t have an emotional attachment to the classes that followed behind his.

I had not seen Adonis since the day that he walked across the stage at graduation in 2000. In truth, I haven’t seen any of his classmates since then, either. I have become friends with some of them on Facebook, and when a ten-year reunion was planned a few years ago, I couldn’t make it because of family commitments. Whenever the next reunion is planned, I’ll be sure to make more of an effort to go. I’m not sure if I would have said much to Adonis beyond “Hello,” but even that is something I won’t have the chance to do now. And I regret that.

I learned of Adonis’ passing on Facebook two days ago, and I dealt with this loss the best way I know how, through writing. I wrote a piece that juxtaposes the Cubs’ loss in their centennial celebration at Wrigley Field with the news of Adonis’ passing. I was angry at the Cubs, but then I got the most severe wake-up call imaginable. As much as I enjoy baseball, it’s not life and death. And I made this point in the most heartfelt way that I knew how. The piece will run in the next edition of Zisk Magazine, which will be published in the fall of 2014.

My teaching days sometimes feel like they happened in another lifetime. Rather than moving to another school, I decided to enter the field of educational assessments and publishing, and I’ve been there for well over a decade now. But instead of shutting those days out, I realize that the students I once taught have remained with me, as hopefully I have remained with them in some way. The loss of one of them hurts, and I hope it does not happen again anytime soon.