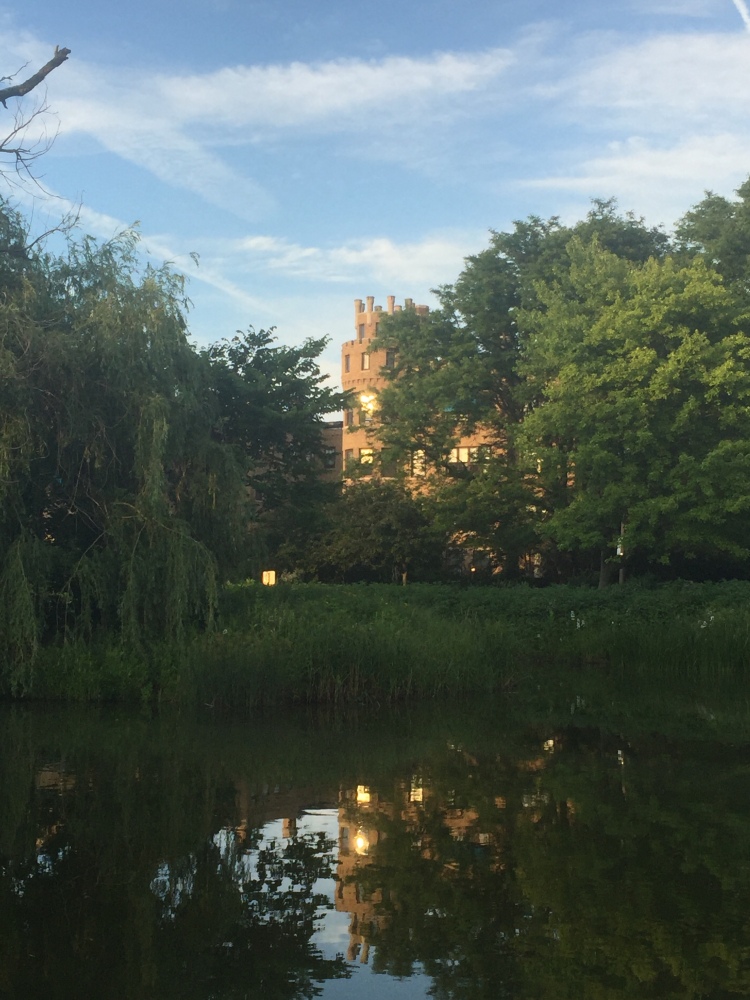 I’ve just passed my actual birthday, and I’m in between two very important dates to me. So at sunset on a beautiful day in the park nearest my home, it’s time for some reflection.

For five years, I’ve filled this blog with stories, ideas, pictures, limericks, and whatever else has come into my head at any given moment. I truly enjoy the creative outlet that this provides to me. It’s never been anything but a diversion for me, but I can’t imagine a time where I haven’t got anything I want to say.

The other anniversary, coming up in about a week’s time, is five years since I gave up drinking, once and for all. All but a very few posts on this blog have been created by me in this new and (I have to believe) better state I’ve chosen for myself.

Are the two related in some way? I’ve thought about this, but I don’t know what the answer is. I’m not chronicling my sobriety, at least not intentionally. But it’s bizarre to me that after a quarter century, I was able to just set it aside so quickly and so completely. I never needed it as much as I thought I did, apparently.

But I need to do this, instead. Flannery O’Connor once said she wrote in order to find out what she thinks, and I completely understand this. The thoughts that escape my brain and make their way onto the blog achieve a type of immortality (no pun intended). So now, for as long as the Internet and WordPress survives, the thoughts in my head will live on. The park setting, the sunset, the Shakespeare play being performed on the lawn (It’s 12th Night, for the record), my kids having snacks with their friends, the bells of the palateria in the distance, the shouts of the children at play, all of it will now live on, at least in some small manner. And the man that I am–who is inevitably going to change in the months and years that I hopefully still have left–is hereby leaving a marker for anyone who might care to find it someday.

“YOU MUST AMEND YOUR DRUNKENESS!” an actor on the makeshift stage just bellowed, as if he and the Bard knew about my ruminations on having done exactly that. It was a change that was long overdue, but the words “better late than never” never seemed quite so appropriate. I hope to never go back to that place again.

Time to go and watch the rest of the play. Happy Summer to all.