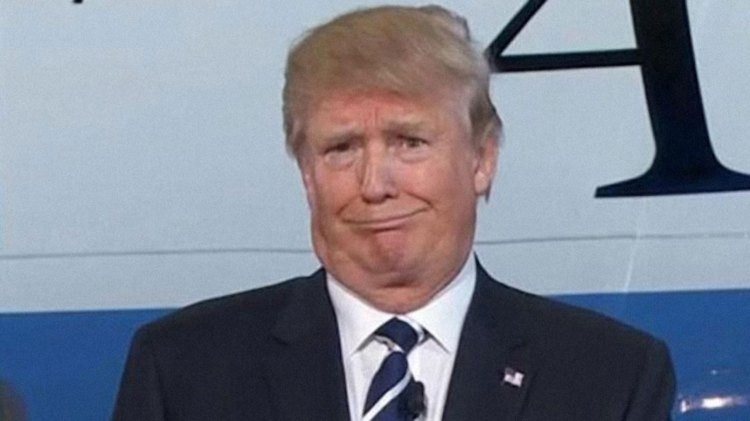 Portmanteau is a concept that we all live with everyday. It’s taking two–or sometimes more–words and combining them to form a new word. My dog, for example, is a schnoodle, or a cross between a schnauzer and a poodle. Other portmanteu words include jeggings, listicle, and threepeat. The malleability of English guarantees that new words of this sort will always be created.

In the aftermath of Donald Trump’s election as president, a wave of aberrant behavior swept across this country. One of the more publicized acts–because it occurred in New York and had to do with well-known artists–was painting swastikas and the words “Go Trump” in Adam Yauch Park, which is named for a member of the Beastie Boys, the late Adam “MCA” Yauch.

Yauch was Jewish by birth, but he was a practicing Buddhist from 1996 until his death. With this in mind, the swastikas don’t make any sense–there or anywhere else–other than to identify religious animus in the hearts of whoever committed this act.

In trying to cope with this stupid act, a gathering was held in Adam Yauch Park on November 20. Adam “AdRock” Horovitz addressed the crowd, and advised them to fight back in any way that they could. “If you’re a writer, write” was one of the bits of advice he gave. So consider this an attempt to live up to AdRock’s advice and speak out against the Trump-inspired acts of hate that are taking place in this country.

“Antipathy” is a word that someone who isn’t a writer doesn’t normally use. If you don’t like somebody, it is usually enough to call them a name and be done with it. The saltier and more profane the terms used are, the more it gets the speaker or writer’s sense of antipathy toward that person across.

In thinking about my feelings toward Donald Trump, and the divisions and fears he exploited in order to appeal to millions of voters across this country, I realized that “antipathy” is a fitting word to describe them. But I also realized that the word “Trump” can be dropped into the middle of the word, and the general feeling of both words would still make sense. Thus, antipathy directed toward Donald Trump will be forever known–at least by me–as “antrumpathy.”

Whether I’m the only person who ever uses this word, or it spreads like wildfire and gets added to a dictionary someday, is secondary to the idea that Trump’s election will lead–and already has led–this country into places I’ve never seen go before. Hate crimes are on the rise, and this is before Trump even takes office. Trump’s never going to explicitly call for any attacks, of course, but some who look on his election approvingly are now acting in ways that they would not have done just two months ago. So fight back we must, and I’m using creativity and my humble blog to do exactly that.

So please use this new word in whatever setting works best. Don’t try making any money from it, though, because I’m not and I don’t want anyone else to, either. This word hopefully won’t be needed in four years, when Trump leaves the White House after a single term in office. But for now, consider it a nonviolent addition to the language of our protest. And the Beastie Boys would certainly approve of that turn of events.