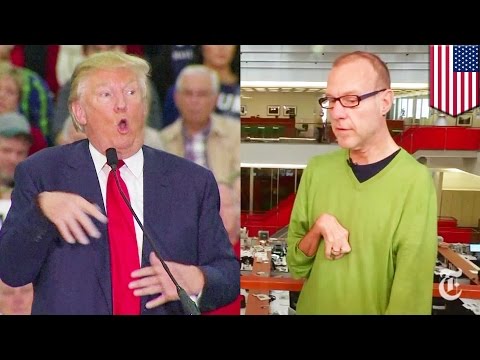 George Orwell’s 1984 grabbed a hold of me when I read it in high school back in the 1980s, and it hasn’t let go since. But never did I think I’d actually be living through it, the way it appears all of us are today.

Near the end of the book, after Winston’s secret life with Julia has been discovered and rubbed out, the pace of Orwell’s writing becomes frantic. Everything is gone, nothing matters anymore, and Winston is holding fast to the idea that some things are objectively true.

“2+2 =4. Remember that!” Orwell admonishes us all. The powers that be –IngSoc in the novel itself–will tell you that 2+2 =5, but we must always be ready to assert that the truth is not what someone else decides it is. 2+2 has to equal four, because if we ever give up and allow it to equal five, they win and the rest of us lose.

At the Golden Globes the other night, Meryl Streep gave a speech about Trump mocking a reporter with a disability. Trump (and that’s all he’ll ever be to me–no titles will be appended to his name on January 20th) responded with his typical bluster and buffoonery, first by calling her overrated (which is demonstrably not true) and stating that he did not mock the reporter.

I know what mocking looks like. It’s impossible to find someone who hasn’t actively been mocked, or mocked someone else, or stood by as another was being mocked. Mockery is the fruit of the bad side of human nature, and we’ve all seen it. For Trump to say he didn’t mock the reporter is the same thing as trying to tell us that 2+2 =5. The question is are we willing to cast aside that which we know (2+2=4) and allow others to define it for us, instead?

I’m hereby calling bullshit on that. Orwell tells us to hold fast to what we know, and that’s what I’m going to do.

Trump could very easily offer an apology for what he did, even though it wouldn’t be the tiniest bit sincere. He could use the old “I apologize if anyone was offended” line that gets used all the time in statements like this. But no, that’s not who he is. The four years ahead of us all are scarier than anything I’ve ever contemplated. But 2+2 is always going to equal 4 to me, no matter what Donald Trump says to the contrary.