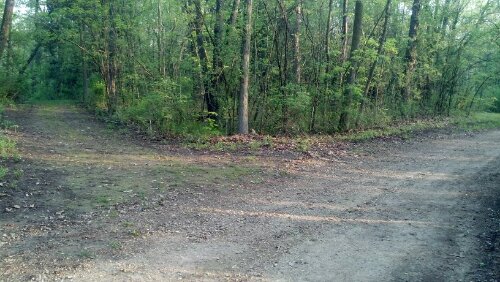 Today I got some shocking news about my older daughter’s first caregiver. I hadn’t seen her in more than a decade, but the news of her sudden passing over the weekend brought memories flooding back to me. Her name was Amy, and I am grateful to her for taking care of my daughter once upon a time.

I’m just a few days away from a birthday myself, and for the first time I’m thinking about the possibility that it could be the last one I’ll ever have. I suppose that’s  also been the case for every birthday I’ve had, but this is the first time that I’ve ever contemplated that possibility. I doubt that Amy knew her last birthday wouldn’t have any more to follow, but that’s how it turned out. I wonder how we would react if we had that knowledge in advance. It would be much better to act as if a birthday could be the last one, than to know this for certain.

I’ve written several posts ruminating on the deaths of people I don’t know: Clarence Clemons, MCA, Darryl Kile, and probably many others. Last fall I also reflected on the murder of one of my former students. And today I think about the passing of a person that I hadn’t seen in a very long time. I’m reminded that my own time will come some day. Everyone’s will, whether we choose to think about it or not.

The age that I’ll get to, hopefully, in a few days will be the same age that Freddie Mercury was when he died. And the same age that Natasha Richardson was when she died from a skiing injury. And many other people, known and unknown, who made it to 45, but not to 46. With this in mind, I’m going to suspend writing any new material for this blog. Maybe I’ll come back to it someday, and maybe I won’t.

So why am I walking away from something I enjoy so much? The short answer is I had a flash of inspiration today, and I want to follow that to see where it leads. Otherwise, I’ll never know for certain. Following a voice is one way to put it, but I can verify that there will be no ball fields built in the corn (and I couldn’t resist the Field of Dreams reference, either).

In a little less than two years, I’ve created–and essentially donated–hundreds of images and a few hundred thousand words to the digital archive that we call the Internet. And I’ve loved doing it, too. Now I’m going to see if I can parlay that into something else. And in case it matters, I’ve always wanted to use the word parlay in this space, and now I’ve accomplished that.

The Rolling Stones once told us that “You can’t always get what you want, but if you try sometimes, you just might find you get what you need.” So now’s the time to try. All the best to anyone who reads this.